“An extremely intelligent specimen that commonly dabbles in philosophy, alternative-indie, culture, academics, humanities, art and the internet. They are usually very moody, sensitive, serious, observant, critical and cynical. They also usually find it hard to fit in with 99.9999999% of the people they know, because others commonly envy their intelligence in a myriad of areas.” Indie nerd.” Urban Dictionary. N.p., n.d. Web. 28 Feb. 2017. <http://www.urbandictionary.com/define.php?term=indie nerd>. 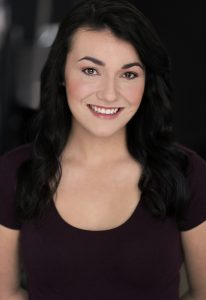 One such nerd is Jess Parker, founder of Indie Nerd Films. Jess is a Canadian actress, writer, and filmmaker. She is passionate about film and started Indie Nerd Films to share that passion with the world. Jess is also a musician, often found holed up in her room writing in her song journal as well as spontaneously bursting out into rock ballads and show tunes (much to the embarrassment and occasional amusement of those around her). Growing up, Jess was always actively involved in musical theatre, combining her love of music and acting, and thus transforming her into a cliché theatre geek through and through.

As a true cinefile, Jess loves to watch, review, discuss, and passionately rant about each and every film she sees. With strange eclectic tastes and often speaking more in movie quotes and obscure references than actual sentences, film is the centre of her world, and not just because she is in the industry, but because of the undeniable passion and love she has for the art form. After considering what the proper course of action was for an insufferable hipster with such a pretentious taste in cinema was, Indie Nerd Films was born at which point she purchased a website and wrote a semi entertaining bio in the third person that inevitably starts to feel like an online dating profile.

Jess also likes long romantic walks on the beach, picnics in the park, and drinking copious amounts of alcohol. 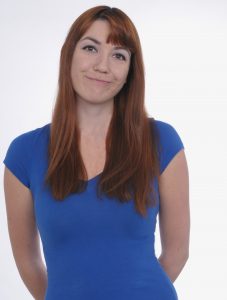 Sarah C.E. Parker is a Canadian author, screenwriter and director, known to dabble in producing and editing every now and again. Sarah has written numerous film scripts, novels, teleplays, and shorts. She started writing at a young age and has never, ever stopped, or slowed down. She grew up criss-crossing Canada in frequent moves from east to west that infected her with a love of travel including living and working in Sydney, Australia. Throughout this mobile childhood Sarah also continued to grow her passion for drama and stories that fueled her avid writing. Her love of film sprang first from the diverse portfolio of action films and time honored 1950’s classic dramas exalted by her family, as she fell in love with some and picked apart others in a far too analytical way. Her independent movie and TV binging have fine-tuned her tastes over the years into an eclectic treasure trove that fully supports Indie Nerd Films and their superb movie bible. She watches movies in the same way she writes: with purpose and joy to find a story to reflect whatever mood she finds herself in. Her screenwriting covers half a dozen genres from family comedy to bloody dramas.

Imagination comes first and foremost in every story worth writing. Imagination is what makes us excited by movies in the first place, and there are no rules or genre staples that can countermand that inventive instinct.